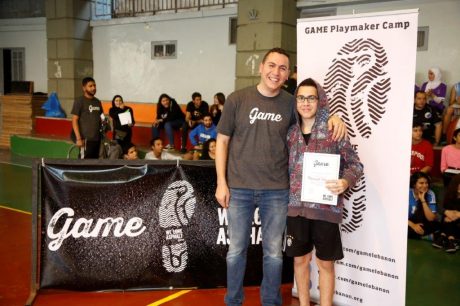 Compare how GAME Lebanon was when you started to how it is now?
GAME started in Lebanon in 2007 with basketball activities in Qasqas. At that time, William ‘Mac’ McClenahan (editor’s note: former Lebanon Country Director) was leading GAME. I joined GAME in 2008 and I had a big passion for street sports and in particular basketball. Through the first years, my job was to go around all the Zones and follow up on the activities with the Zone Managers. I got a lot of experience and learning from their challenges and their successes in the GAME Zones. By the end of 2010 the Board decided to choose me to lead the organisation. When I started the big challenge was to find funding, but we didn’t succeed in that. So in 2011 we had zero funding and no sponsorship, but we managed to make activities in four GAME Zones and end the season with the GAME Finals. Back then the Playmakers did not exist and after 2011 we started to think about how we could move the organization to be youth-led. There were a lot of young people who had been part of GAME activities and playing in the GAME Zones when they were kids and who really liked GAME and wanted to help. They had some skills, they just needed some capacity building to become trainers. In 2012 we succeeded in getting funding for the next year. So in 2013 we started the first project which was a youth-led project with young volunteers. This was the first year with the Playmakers and we had a great Playmaker team and a lot of them were former GAME players. We also succeeded in fundraising for the upcoming years and GAME grew bigger in Lebanon. In 2013 we started thinking about our big dream – to make a GAME House. Since then we have been working on that and we are now closer than we’ve ever been. So hopefully we will achieve this goal in few years.

What is the best thing about being a part of GAME Lebanon?
From my perspective the best thing is that we are providing free physical activities and street sports for kids. That’s the best thing. And I know that a lot of kids really need it. When I was younger I could have used these activities too.

What are the three greatest achievements through the past 10 years of GAME Lebanon?
I think the first big achievement was reaching all the regions of Lebanon (editor’s note: this happened in 2017). GAME activities are now in all the regions – north, south, east and in Beirut. The second achievement was switching from having paid coaches to a full youth led project with Playmakers (2011, red.). And the third achievement is the high percentage of girls in the activities.

And what about all the Syrian refugees coming into the country?
The Syrian crisis with all the people coming to Lebanon has posed both an opportunity and a challenge. An opportunity to make a difference for children who really need it. But also a challenge to make activities for them, because most of them had a really hard time before they came to Lebanon. As some of them suffer from PTSD it has not been easy to bring them together with the Lebanese kids, but we have managed and made the tension less through sports and fun activities.

What are you most proud of?
I’m really proud of having a great team with me. To have them work with me all these years and let them feel the passion of the work that we are doing. I’m proud of all the Zone Managers and coaches who stayed in GAME Lebanon as volunteers. I’m also very proud of the Playmakers who gave me a lot of positive vibes to keep them active and to make a great community or family as we call it. So I’m really proud I’m part of this and that I’ve been a part of making this a success story. All the achievements that we’ve done are because of everyone. So I’m really happy that I had the opportunity to do this and proud that I succeeded somehow in creating a great team beside me.

Mistakes – when did you learn what not to do?
Of course there’s a lot of mistakes, that’s what we learn from. Sometimes we decided to open some Zones and it didn’t work out. And we learned a lot from that. We should be more supportive of the people who want to create a new GAME Zone and we need to have a long-term vision of every Zone that we want to open. We made some mistakes in the past but I think that we have learned from them and i hope that we can continue the positive movement towards making more sustainable activities in the future. 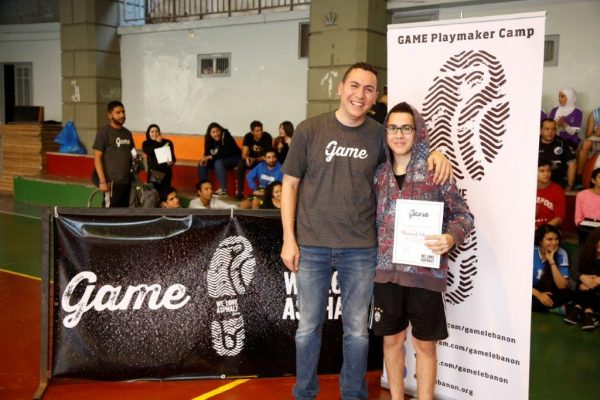 Event successfully added to your calendar

Invitation has been send Successfully

Invitation has been cancelled